Started off overcast, windy and cool but improved immeasurably as the day progressed. First thing this morning was to turn on the pool heater as the grandkids were coming over for lunch and a swim. The water was only 72F this morning!

Tennis until 10:30 then I stopped by Judy's school to see how she was doing organizing her new classroom. It's a bit of a disaster area at the moment. Natalie and James had been "helping" her but they came home with me. She stayed for another hour and got a few more garbage bags filled. The room has been the domain of a (now retired) Kindergarten teacher who left everything behind. How exasperating!

Next stop on the Cruise was Passau, our first stop in Germany (Durstein and Melk are actually in Austria) which is on an island between two rivers. We had a walking tour of the town centre including the cathedral. Back to the boat for lunch and we sailed at 3:45.  As soon as we were underway we had a strudel making demonstration by the head chef (the meals were all fabulous) followed by samples. Another fun quiz in the evening which my team won. 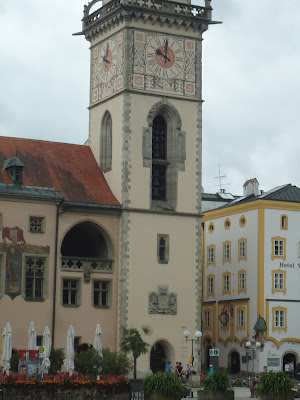 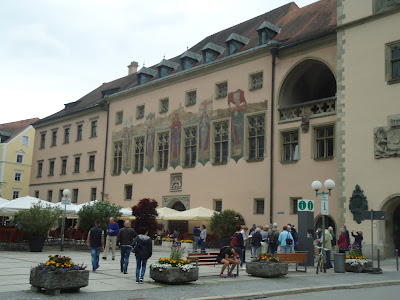