Spent the weekend in bed with a stomach bug - had to be close to the toilet. I spent most of the time sleeping which is a shame as it was a lovely weekend. I managed to eat something today and felt well enough to go to Bridge. I left early as I was bushed but got someone to take my spot. Will try to have some dinner tonight but it will be another early night.

Next stop on the cruise was Bamberg where we had a culinary walking tour so I had a light breakfast. We had liverwurst and a kind of meatloaf at a butchers, a croissant and rhubarb cake at a bakery. Next stop was a brewery but I didn't sample the beer - too dark and frothy! Last stop was a street vendor where we had a sausage in a bun. We had a little free time for a walk around the town and met back in the main square just as it started to rain. It was the coolest day so far. The rain became quite heavy but we couldn't use the sundeck anyway as it is still closed for the low bridges. 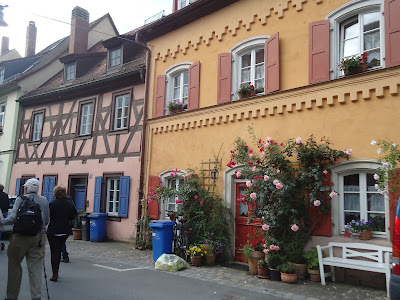 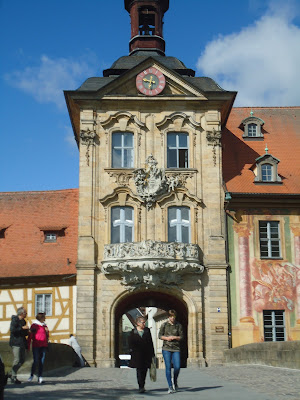