Koblenz and the Wachau Valley

It has been a funny week so far - starting off warm and sunny, then clouding over in the afternoon with quite heavy rain. Today's shower was short and sweet but thunder was rumbling so somewhere got a soaking.

Early tennis but we were done by 10:00 - just three of us and that is always more tiring. Bridge at noon, some good hands although I underbid a couple of times to my partner's annoyance. C'est la vie!

Salmon for dinner tonight so that will be my serving of protein today. Just an apple for lunch. My appetite is slightly improved. I should weigh myself tomorrow.

Next day on the cruise the morning was spent steaming up the Wachau Valley with wonderful views from the sun deck of at least a dozen castles high on the sides of the valley. We were given a running commentary of all the sites and were kept busy running from one side of the sundeck to the other as each new castle appeared. We saw the famous "Lorelei" cliff and sailed by several small picturesque towns. We didn't arrive at Koblenz until 2:30. and by then it was very hot. The guide for the walking tour was rather poor so I bailed half way through and walked back to the ship to watch the French Open women's final - much more interesting! In the evening we had the "Battle of the Universities" and U of T tied with Smith College for first place - another bottle of bubbly to share. 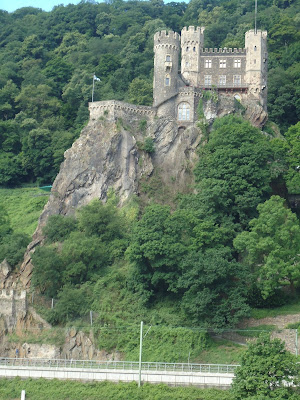 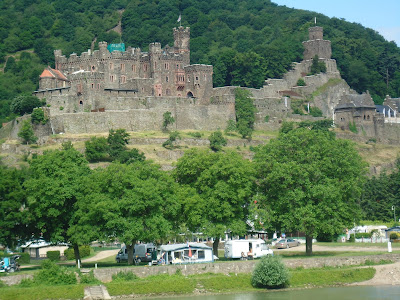 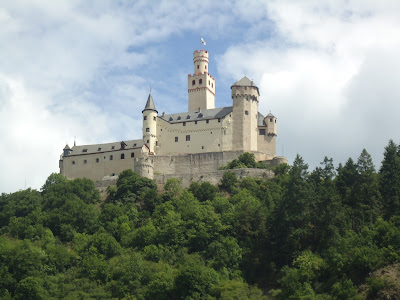