A very changeable day but I managed to fit in everything I wanted to do. It was spitting when I left for tennis and the courts were damp but we played anyway (carefully!) until they dried properly around 9:00. People started to trickle in once the sun came out but it had gone again when I arrived to pick up the grandkids. They were helping Judy set up her classroom (who says teachers have summers off - she's in there at least once a week!) and were quite happy to come home with me. Elliot cleaned the pool almost single handedly, a job I hate, and James helped too.

After lunch they were in the pool despite it still raining and flooded the deck with their shenanigans. Never mind, we had a torrential storm later which filled it up again. As I said, a very changeable day!

Our last day in Germany found us docked in Cologne and taking a leisurely stroll around down town with a very knowledgeable guide. What a difference from the previous one! It has a fabulous cathedral, many old historic buildings and new, interesting parks. Well worth the visit. We had been bussed into town but Kathie and I walked back although it was getting quite hot by then. Lunch, a nap followed by an ice cream social on the sun deck. Then I watched the French Open men's final in the lounge. There were a couple of other fans watching too so we had fun. Finally a tour of the galley with the head chef - hard to believe all the wonderful meals we had came from such a tiny space! 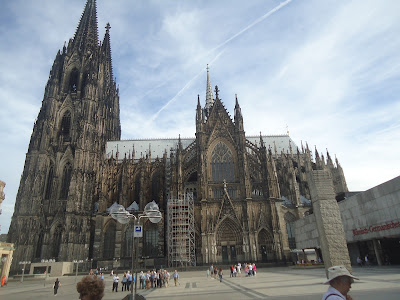 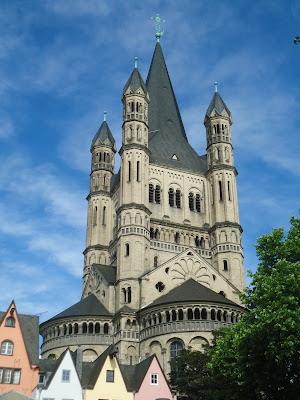 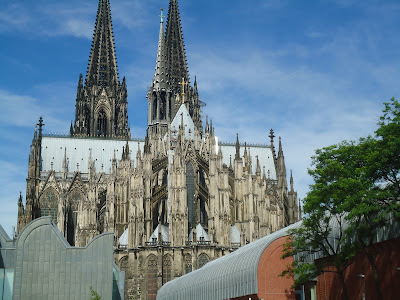