The first "First" was picking some rhubarb from my one big plant which I did a couple of days ago. There was enough for a rhubarb crumble which I had over three days. It was very good! 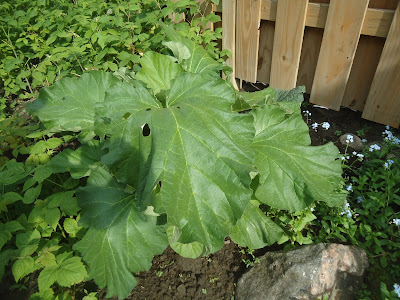 The second "First" was my first dip in the pool. It has been extremely hot for the past few days and the water temperature is now up to 70F. Very refreshing although I didn't stay in over long!

The third "First" has still to be attempted - my first effort at making fish tacos. I eat fish quite frequently but have gotten rather bored with the few ways I prepare it. So, tonight is Fish Tacos night. I will load it up with veggies and make a Tartar sauce. Wish me luck!